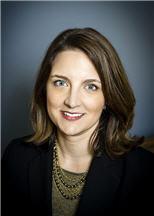 Christine Doucet is the “D” in MDW Law.  An experienced family law lawyer, she is mom and stepmom to three wise and wonderful children.  Her co-pilot Jamie makes sure their children and pets are watered and fed when she loses track of time at work.  Christine constantly strives for, and often achieves, work life balance.  As a result, the contents of her briefcase sometimes include ballet shoes, soccer cleats, swimming goggles or a pack of raisins.  Christine and her family are nature lovers and avid campers who escape the city most weekends from May to October to their 36-foot “glamper”.  They have named their Labradoodle pup, Mersey, after the river that runs through their favourite campground, Kejimkujik.

Christine recently wrote “When One Spouse is a Business Owner” for the MDW Law blog (reproduced below).  Christine and chartered accountant Dan Jennings of BDO created a course for Nova Scotia chartered accountants called “Breaking Up is Hard to Do” which addresses the legal and accounting implications of marital breakdown for entrepreneurs and their spouses.  They will be co-instructing this course on Friday, November 20, 2015 from 1-4:30pm for the Institute of Chartered Accountants of Nova Scotia (ICANS).  For more information visit the ICANS website at www.icans.ns.ca.

“Separating family finances is an inevitable part of separation and divorce. When one spouse is an entrepreneur, lines between family and business finances can become blurred.

When a couple separates in Nova Scotia, the division of their property is governed by the Matrimonial Property Act. This aging piece of legislation (which came into force almost 35 years ago in 1981) contains a couple of surprises for some who find their marriage at an end. Firstly, it provides for an equal division of all matrimonial property, regardless of whether those assets were acquired prior to or during the marriage. Secondly, it excludes “business assets” from the definition of matrimonial property, which means that after even a lengthy marriage, a spouse may find him or herself unable to share in the division of one of the family’s most valuable assets.

There are, of course, exceptions. Sometimes a spouse is able to prove that a so called “business asset” is actually a family asset, or matrimonial asset, for reasons such as share ownership by both spouses, an injection of family funds, or significant contribution by the other spouse. Depending on the intentions of the parties, savings within a corporation may be considered matrimonial assets. It is also generally accepted that most standard “professional services corporations” (such as doctor’s or lawyer’s practices) are not true business assets and, as such, are divisible as matrimonial property. A spouse can also be compensated for his or her contribution to the other party’s business, even if the asset itself is not divisible in the separation or divorce.

Good legal and accounting advice is key for entrepreneurs who are separating or divorcing. It is not necessary, however, to wait until the breakdown of a marriage to seek out such advice. Planning before or during a marriage can help entrepreneurs and their spouses clarify their expectations and obligations in order to limit confusion and conflict following separation.

Chartered accountant Dan Jennings of BDO and MDW Law’s Christine Doucet have developed a course for Nova Scotia chartered accountants called “Breaking Up is Hard to Do”. When the Institute of Chartered Accountants of Nova Scotia (ICANS) first offered the course last fall, the attendees were like sponges, thirsty for information that could help their clients achieve clarity on this difficult topic. Christine and Dan are pleased to be co-instructing this course again this fall, on November 20, 2015 from 1 to 4:30 p.m. (For more information visit the ICANS website at www.icans.ns.ca.) – Christine Doucet – September 2015”

Tune in next week for the next series of the MDW Law Team introduction!